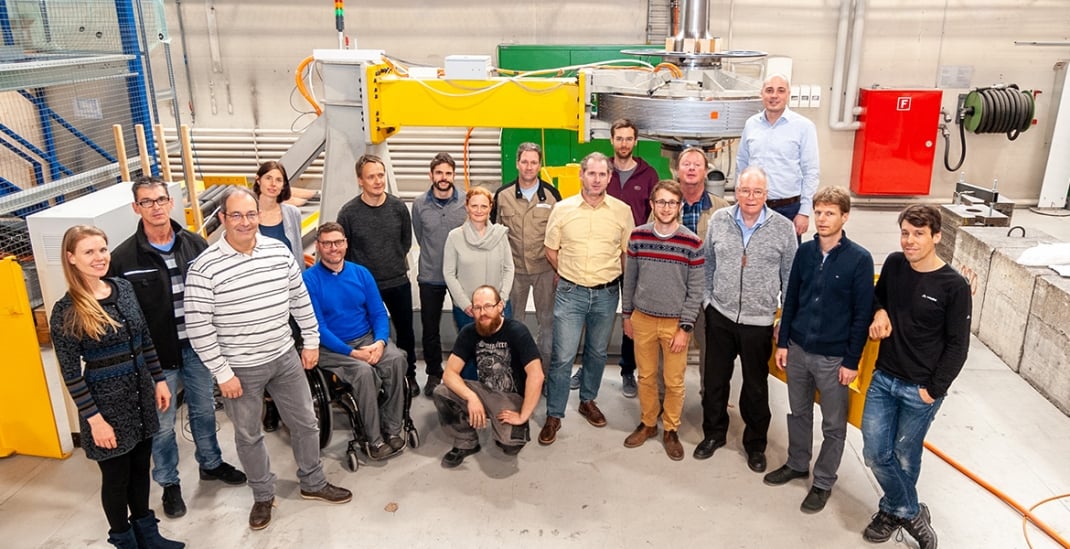 The Swiss company Agile Wind Power (AWP) has been able to conceive, develop and bring to an industrial level the first scalable vertical wind turbine for economically sustainable energy production. It is supported by major institutions and will commission the first prototype in Grevenbroich, North Rhine-Westphalia, Germany, in 2019. This very prototype will be certified by TÜV-Rheinland.

Vertical wind turbines begin where today’s wind industry is reaching its limits. The current wind economy is based on large wind farms and now faces several obstacles: most of the favorable, windy spaces are exploited, and the construction of new wind farms, closer to populated areas, is often resisted by the population, as they produce a lot of noise – up to 105 dB, i.e. the equivalent of a rock concert – and have an impact on wildlife and on the landscape. They require specific infrastructure and heavy equipment for the transport of the parts, the construction and maintenance. The Vertical Sky®  turbine rotates more slowly, produces 3 times less noise, is friendlier to bats and birds. Its light silhouette blends into the landscape. There is no need for any specific infrastructure, and parts can be replaced without dismantling the whole structure, allowing the structure to be installed in logistically demanding areas. To achieve equivalent noise reduction, conventional horizontal structures would suffer a considerable loss of productivity or become more expensive. Thanks to maximum energy production in a small space, Vertical Sky®  is positioned today as a tremendous complement to current wind energy, making it possible to cover new, hitherto unexploited territories, in order to meet tomorrow’s ecological challenges. It can supply electricity to a municipality, a factory, a data center… The potential market worldwide is estimated at 15 billion per year.

A tried and tested technology

Many have failed to build such a technically difficult structure. But what is now under construction in the Dübendorf workshop is beyond comparison with the gadgets we have known so far. A visit to the workshop helps to measure the size of the structure, with a diameter of 32m and a height of 105m. “To do this, we had to find a way to build it with simple means and more efficient,” explains Patrick Richter, founder of AWP. Vertical Sky®  has three vertical rotor blades which rotate around a vertical axis. Thanks to the permanent Pitch Control system, their orientation is adjusted 4000 times per second and is thus constantly optimized. It took 9 years of intense research and more than 16 million dollars of investment to reach the current stage. Automotive giant Audi supported the project financially and commissioned Prof. Dr. Ing. Torsten Faber to evaluate Vertical Sky®. The Professor acknowledges “Agile Wind Power’s professional and systematic approach to solving technical problems”. The new technology was developed to comply with international IEC-61400 standards for wind power installations, for a period of 25 years. AWP receives financial support from the Swiss Federal Office of Energy and awakened the interest of the SBB railway company. An investigation carried out by the SBB has shown, that the potential area to be used for wind farming is 4 times bigger with Vertical Sky®  compared to traditional wind turbines. Once the certification process is completed and the joint pilot project is build, the SBB will use the energy for its lines. Finally, AWP is proud to have among its shareholders the “State bank of the Canton Zurich” and the “Building insurance of the Canton of Bern”.

The future of energy belongs to decentralization. “We do not compete with large wind farms, solar, hydro energy, or biomass. What is bound to develop, are smart-/micro-grids, that bring energy production closer to the consumer,” says Patrick Richter. Instead of transiting through large power plants, energy is produced directly on site, reducing transmission costs and allowing better control of the inevitable fluctuations in the production of renewable energy. The use of a system such as Vertical Sky® , more tolerable by local populations, becomes crucial. AWP has all the necessary skills in-house for engineering and manufacturing the key-components and is now working on the acquisition of the first projects. In the future, the company intends to focus on technology and to build a network of partnerships with engineering offices and specially trained maintenance companies. It has just signed a memorandum of understanding with a major Chinese energy company and is in discussions with several American and European potential partners. 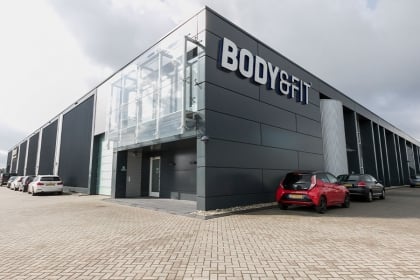